San Diego in late July means only one thing and that is Comic-Con International. Imagine 100,000 like-minded comic, sci-fi, fringe culture, fans gathered in a giant convention center dressed up as their favorite character from comic books, graphic novels, movies, etc. You'll often see the artists themselves along with actors and authors. My favorite part of the event aside from people watching and the free stash of goodies are the independent artists booths, this is where you'll find the freshest ideas and unconventional methods to present visual media.

Making art within the confined space of a matchbook is hardly revolutionary or cutting edge, but for high school students the limited space can present a challenge. The objective of the project was to create a 10 folded-face story that would fit into a matchbox. There had to be a storyline but with the option of text; I did share a little bit of one of Frans Masereel's novels to demonstrate the idea of telling a story without text. Since this one of the last projects of the school year, there was no restrictions on what materials (paints, inks, markers, etc.) the students were allowed to use. It was good to watch students struggle with their own decision making and troubling shooting to make their idea into a reality. I do have to note that one student was dead set on doing the Hunger Games...as much I wanted her to create her own idea, I made an exception since I will most likely have her in Advanced and AP art in the next three years. 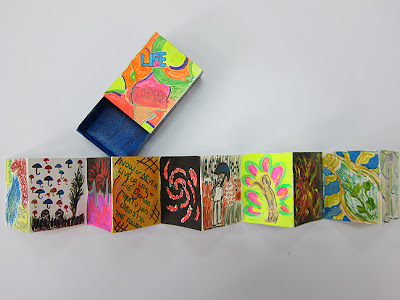 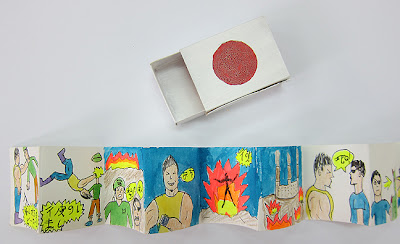 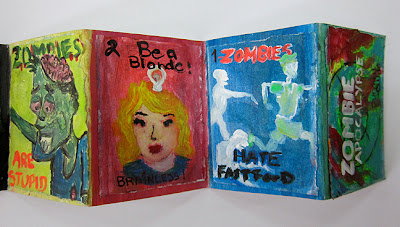 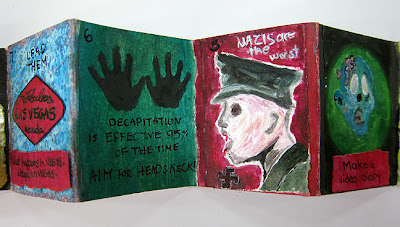 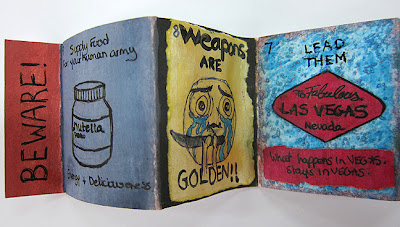 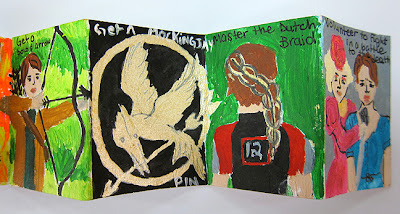 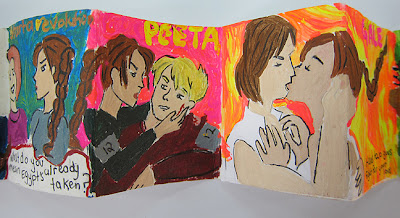 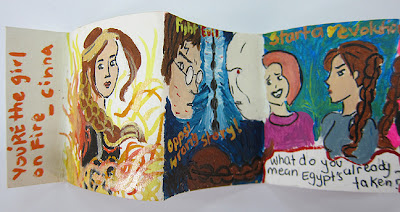 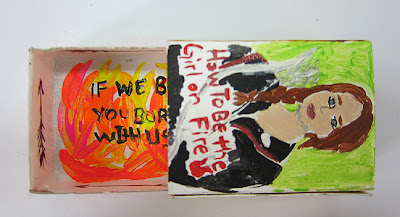 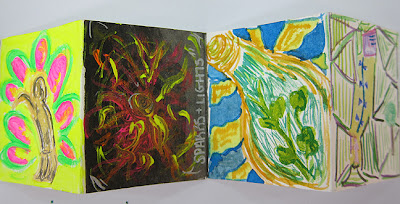 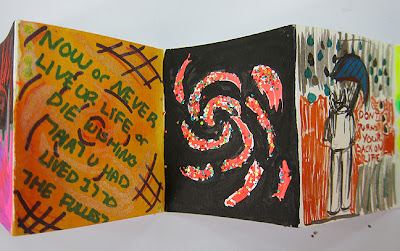 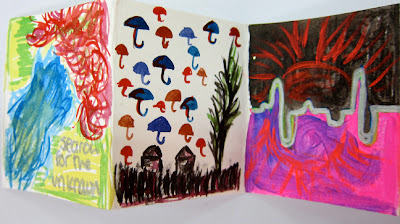 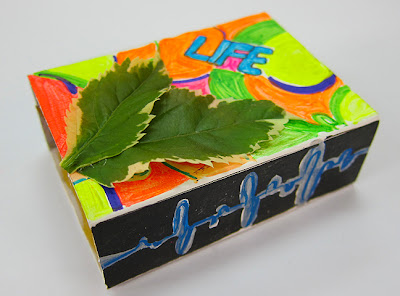 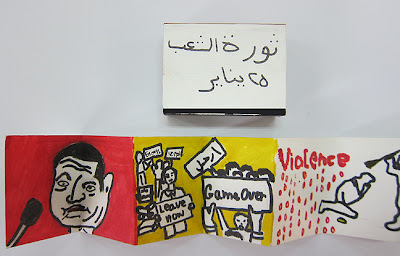 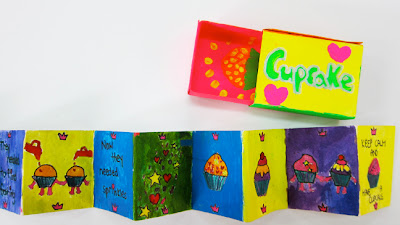 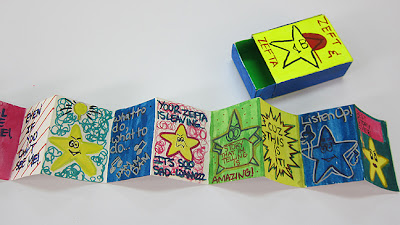 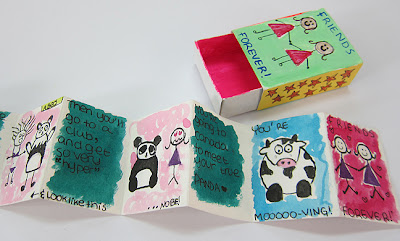