I was traveling with students so I needed a project that would be stress free for a sub and a fruit still life fit the bill nicely. Prior to my absence we discussed and built upon previous concepts such as overlapping, form, shape, and rendering. I bought the fruit from the produce man down the street from our school. A funny observation is that there was no pineapple or cherries that were purchased but some student decided to include them in their drawings. 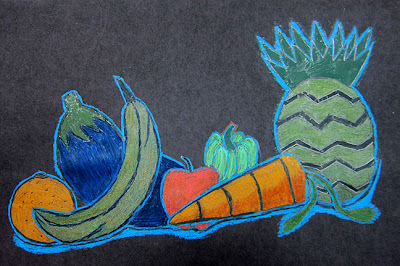 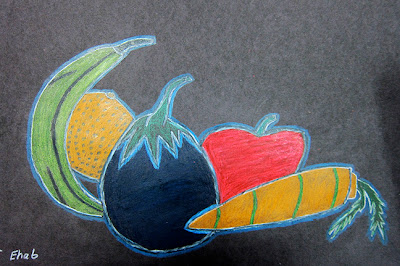 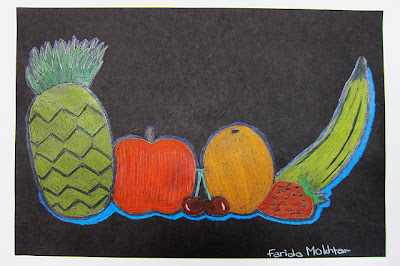 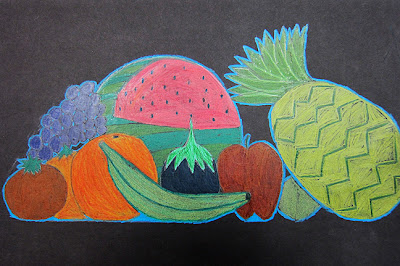 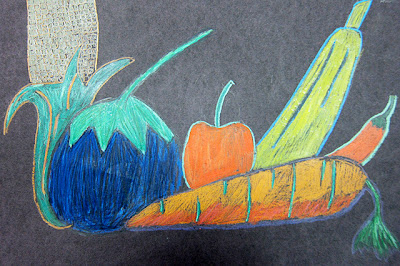 Yes, our school is guilty of selling junk food in the canteen and this has been an on-going issue for several years, probably since its inception. Parents argue that if you provide students the option of buying carrot sticks they would do that. If you are a developing teen and you had a choice between a Twinkie and fresh carrots what would you choose? You think you might know the answer but let me throw this thought your way. My first teaching job at a middle school in Boulder, CO I walked my advisory class to the shopping center where there was a Taco Bell, Arby's and a Whole Foods type of market. Most of the sixth graders bought organic smoothies and super green foods. They actually tried to show off by doing wheat grass shots and threw around phrases like vegan, organic...and this was in 1995-6. I know for sure that the concept of "vegan" wasn't on the social conscious radar that decade. And yes, there were a couple of kids that bought some junk food, and those that did threw ketchup packets into the road and watched the cars run over them while laughing like Beavis and Butthead. An argument can be made that our students eat like their parents, and with that being said I don't think the carrot stick idea will go over well here.

A funny thing to note was that these projects were completed when I was absent (traveling with another group of students) and when I returned all that was left were empty cans and wrappers. I guess they showed me!

Projects were completed with color pencils on black construction paper. 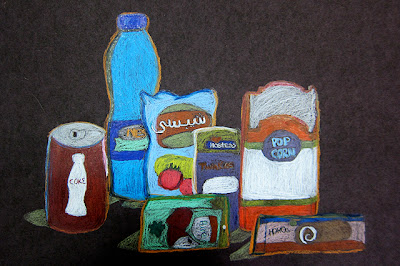 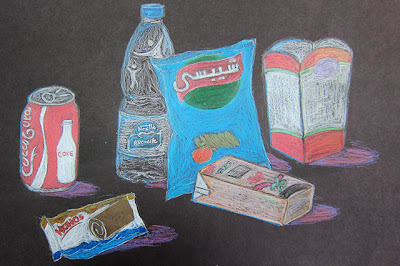 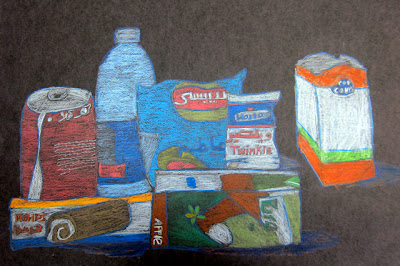 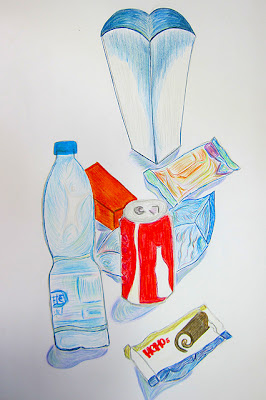 Posted by Bob Rob Medina at 9:40 AM No comments:

In my private art collection I have a couple of "flat" folk paintings of pueblo scenes from Mexico that include bullfighting, markets, cathedrals, etc. Daily life scenes depicted in folk art are a common theme in countries I've had the opportunity to visit. One of my favorites is a stitching of a street butcher hacking up a lamb I picked up in Egypt. To say the least, I continue to be a big fan of Naïve/self taught art.

I figured it was time to bring a folk like quality into my classroom. The concept for the students was to incorporate their culture, beliefs, and images of where they are from into a paintings. We even used lower grade tempera paints to simulate the process. Teaching at an international school many of my students hold multiple passports and have lived in another part of the world. In the paintings below you will see sights from Egypt, Syria, France, Greece, USA along with current events and religion. 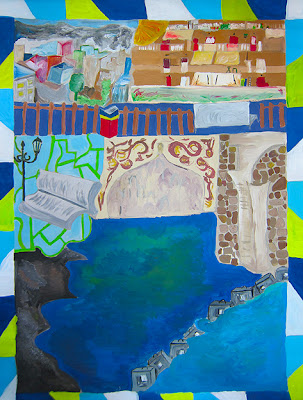 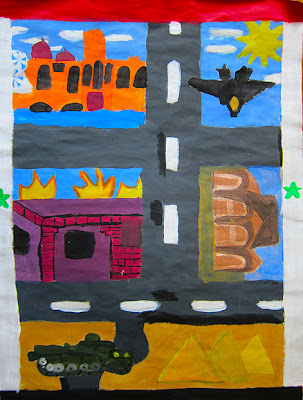 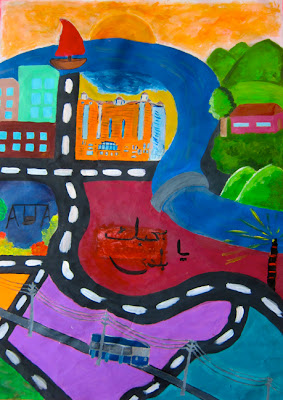 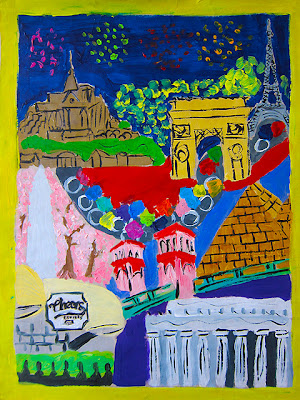 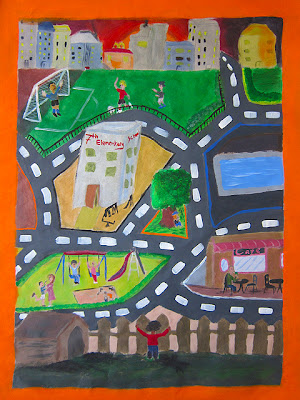