New quarter, new set of self-portraits. The idea was to mix warm and cool colors. We made a color wheel prior and learned about color theory. 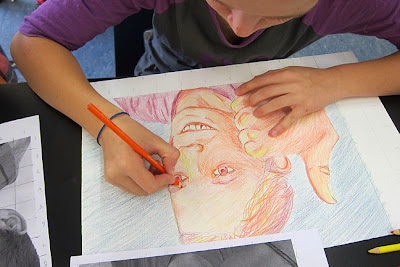 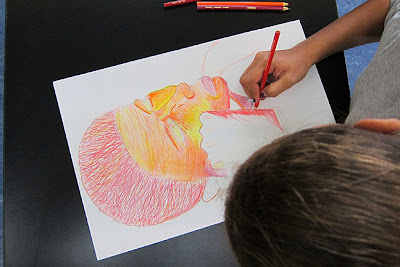 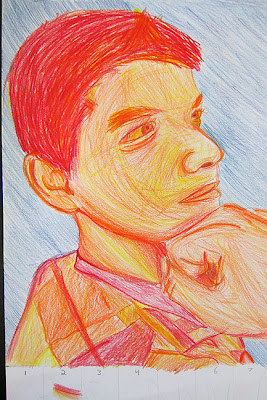 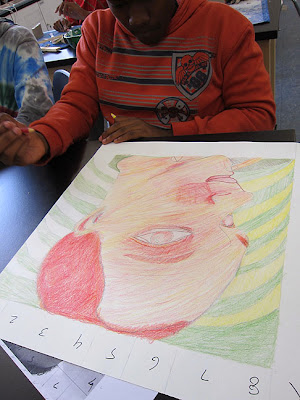 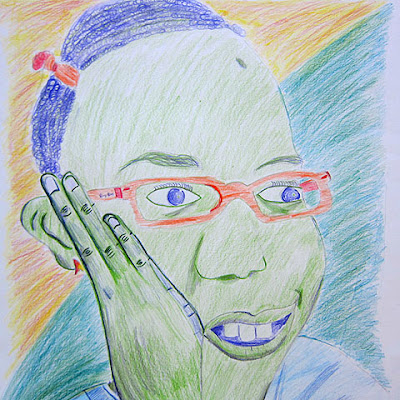 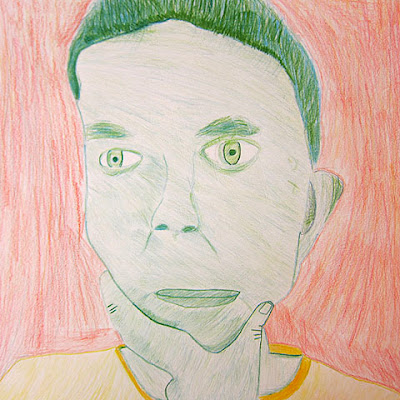 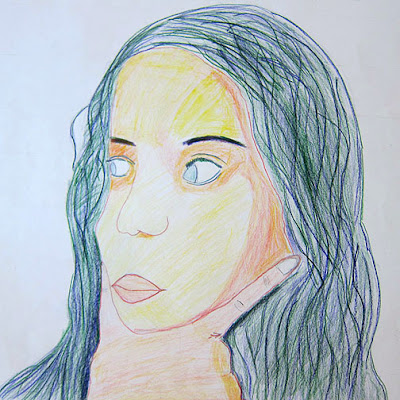 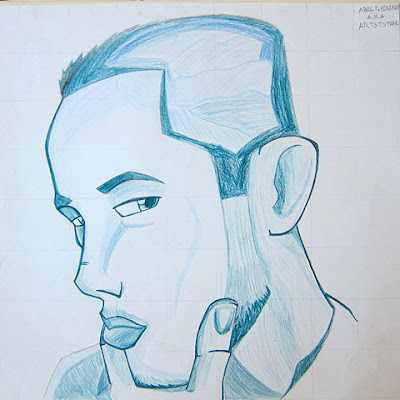 A couple of my student's examples. 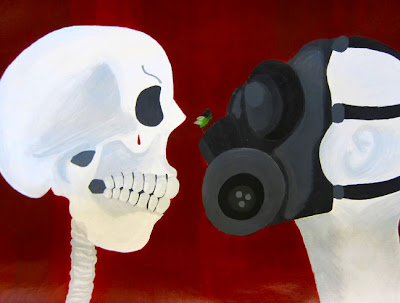 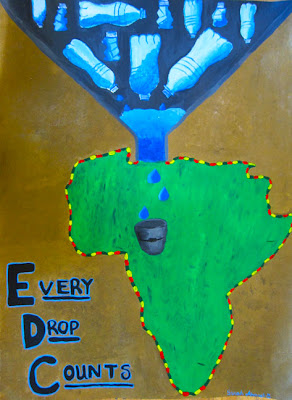 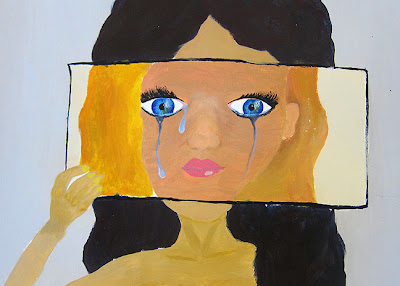 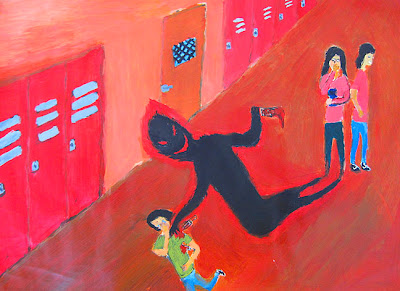 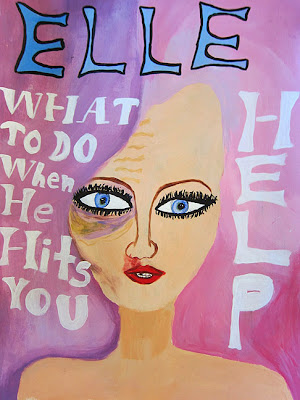 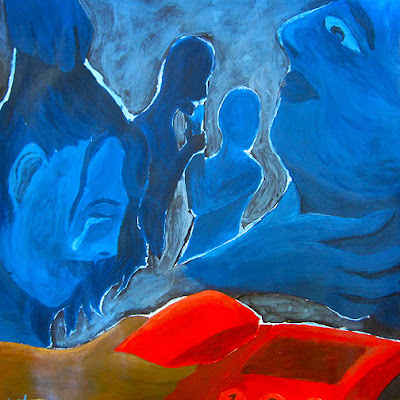 Posted by Bob Rob Medina at 2:20 PM No comments:

It has been two years since I last had the opportunity to do a Day of the Dead project. I went back to an old favorite, block reduction printing with my middle school classes. If you'd like to see a more in-depth step-by-step process, visit my old blog: http://schutzart.blogspot.com/2011/10/block-reduction-printmaking-with-grade.html. 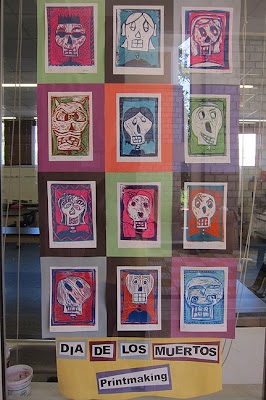 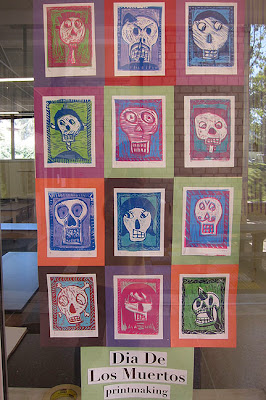 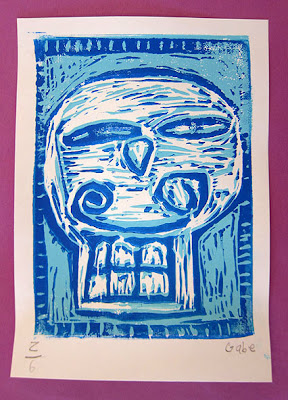 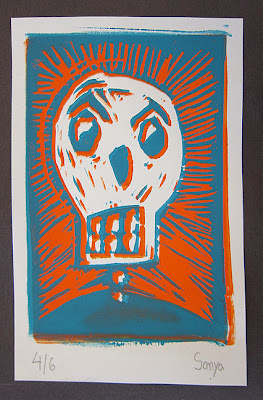 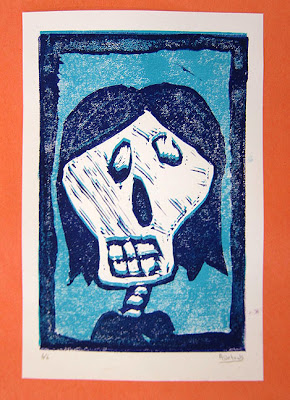 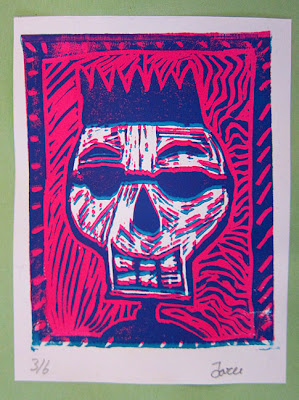 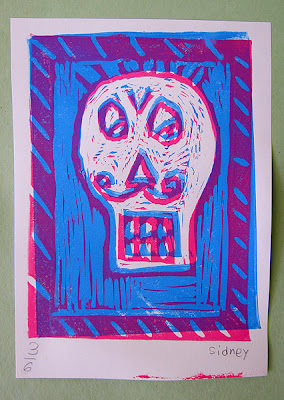 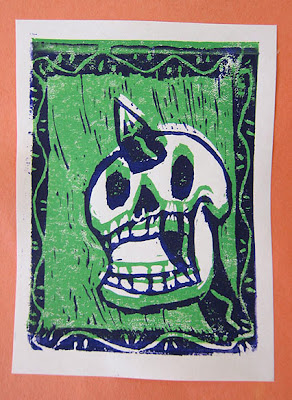 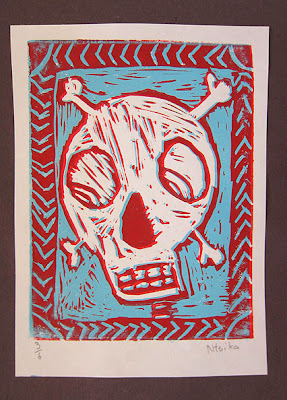 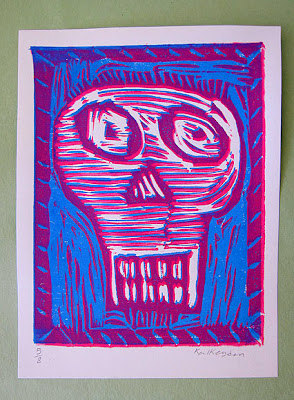 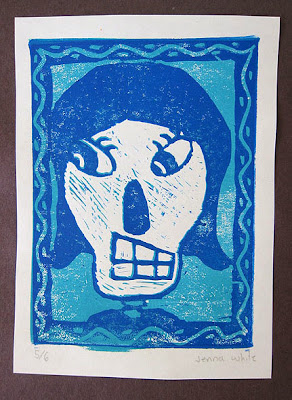 I had the opportunity to be apart of the long, intensive, and amazing production of the Middle School's production of the Garbage King. The play is based on a book by Elizabeth Laird. The story takes place in Addis Ababa,  Ethiopia and focuses on two main characters who come from different backgrounds. Both boys meet each other while living on the street.


It tells the story of Mamo and Dani. Mamo is from a very poor family where everyone has died except for him and his sister, Tiggist. Mamo is kidnapped by a slave trader who claims to be his Uncle Merga. "Merga" takes Mamo far from the city and sells him to a cruel farmer and his wife.
Dani comes from a rich and privileged family in a prosperous part of Addis Abbaba. His father, however, wants him to send him away to make him learn something useful and toughen up. Dani's mother is sick and flew to London, England, to receive better medical care. Dani runs away to escape his father. At the same time, Mamo escapes from the farmer and hitchhikes back to Addis Ababa, and hides in a graveyard where he meets Dani who is also hiding there. They form an unexpected alliance and together join a gang of beggar street boys. The gang members share a strict code of sharing whatever they obtain. Mamo becomes "the garbage king" because he is an expert at finding treasures in rubbish heaps. Dani writes stories which the others sell for money. Mamo tries to sell a story to a schoolteacher that turns out to be one of Dani's old teachers, Ato Mesfin. Ato Mesfin recognizes Dani's handwriting, and approaches Dani's father, Ato Paulos hoping for a reward.
Ato Mesfin and Ato Paulos learn of the boys' pitch to sell their stories by talking with homeless street people who know Dani. Eventually they find Dani and his gang, and Ato Paulos is angry that his son left a prosperous home to become a street beggar.
Dani returns home with his father once he hears his mother is recovering, and that she will soon return home. Mamo sets off to find his sister, and learns she now lives with a new husband. When they reunite, Tiggist is happy to have her younger brother back, although she is ashamed of what he has become (a beggar). The two boys remain friends and provide food and new clothes for their old gang members.

Kudos to everyone involved in pulling off this production. 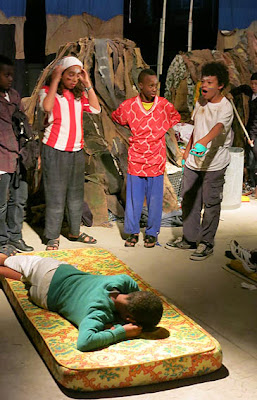 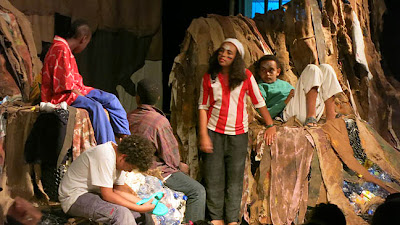 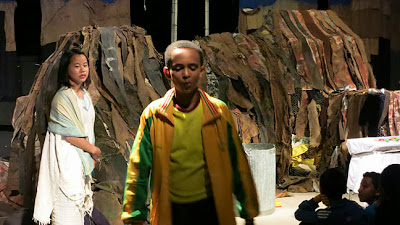 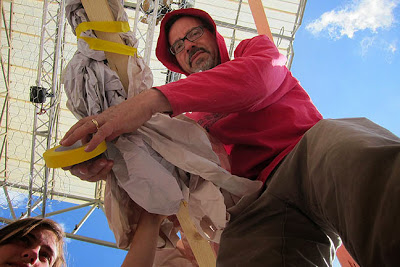 Posted by Bob Rob Medina at 1:24 PM No comments: