During the past five years I've been including a digital photography and a video making unit starting with grade 7 students. Since they are digital natives we discuss and practice how photography, film, and video apply to the visual arts by doing fairly simple assignments that revolve around composition.

Last year's grade 7 class did a little above average on their photography unit and had some success with their video making projects. I thought it would be interesting to combine a textile project (making puppets ), with creating a storyboard, and doing a video puppet show.

The project had two main learning objectives: the puppet making and video making/editing skills (which includes: transitions, sounds, lighting, composition (framing), to name a few. They were allowed to use a green screen or create their own backgrounds.

In total, the week project lasted almost three weeks. The weakest aspects of the videos were the story lines-they were a bit long and drawn out. There was also a lack of dynamics that would have given the characters energy. Many of the voices were monotone and unexcited sounding. By far the best parts were the puppets and backgrounds. I would do this project again in the future, but maybe insist more on the dramatic aspect of the project.

Below are the puppets sans videos. 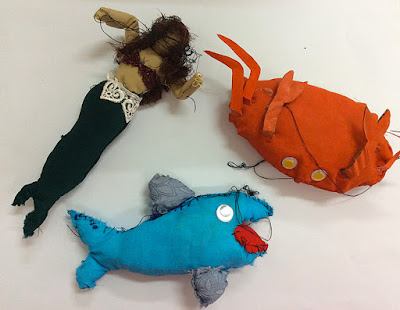 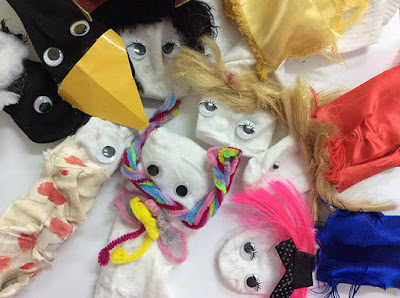 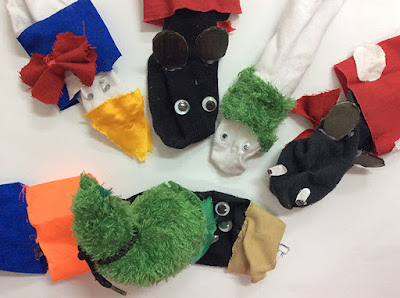 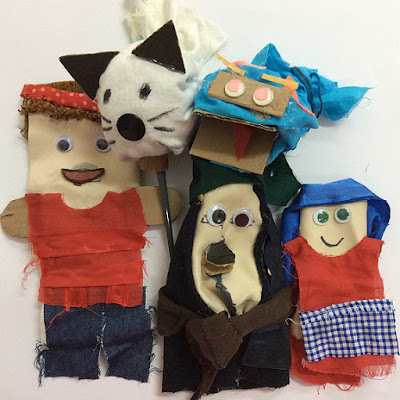 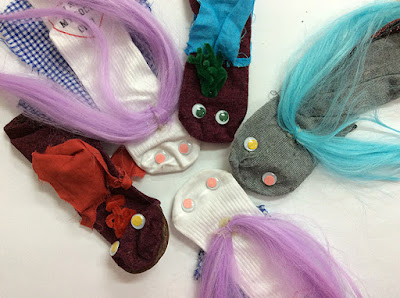 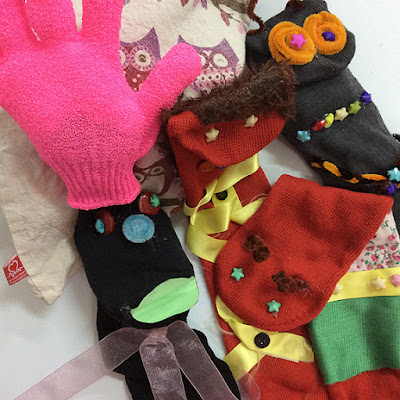